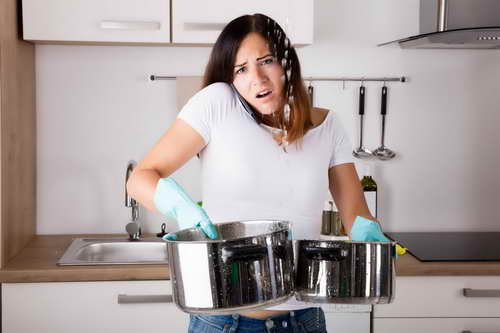 Those of us who have spent our entire lives living in glorious South Florida know that more often than not, you will have to hire a company for water damage repair in Fort Lauderdale at various times throughout your life. For me, it’s been way too often.

We’ve had the typical water damage that was caused by a couple of hurricanes and tropical storms that came through Fort Lauderdale however; I never expected a pipe to burst in my laundry room. I had gone out in the morning to run some errands, meet a friend for lunch, and then get my grocery shopping done for the week. So, I arrived home, opened the garage door and drove inside.

It was kind of weird as the garage floor was wet. I assumed on of my adult kids stopped over to wash their car and forgot to close the garage door first. They’ve done it before. No big deal, right? Wrong. I walked over to open the entry door that leads into the laundry room, and water was seeping out from under the doorway.

I figured that it would be a better idea to go into the house through the front doors, rather than open the door to the laundry room. My living room and dining room appeared to be fine however; once I got to the hallway between the kitchen and the laundry room, it was a nightmare. The carpeting in the hall was absolutely soaked. I knew this couldn’t be good.

After opening the laundry room door, water actually poured into the house. I checked my daughter’s room, which was off of that hallway and it was a disaster as well. My husband was away on a business trip, so he was too far away to help. Fortunately, I got a hold of a friend of ours who lives less than a mile away. He came over, shut off the water and helped me put down towels to start soaking up the water.

Apparently, this happened to him in the past, because he suggested that I call RK Cleaning Services to assist with the water damage remediation. He told me they are the best for repairing water damage in Fort Lauderdale. I immediately called them, and they came out to help.

Oh, my. The water damage remediation crew got straight to work on my home. They got the carpeting dried up without issue. I was concerned that there would be a mildew odor afterwards, but there was none. I am so thankful for RK Cleaning Services, and would certainly recommend them for those who experience water damage in Fort Lauderdale.